The City of Topeka’s Governing Body selected Stephen Wade to serve as the next City Manager. Wade currently serves as the City’s Director of Administrative and Financial Services.

“Stephen’s experience in leadership roles in both the public and private sectors, and his vision for equity in government are some of the many reasons we selected him to lead the City of Topeka as our next City Manager,” said Topeka Mayor Michael Padilla.

Wade is a Shawnee Heights graduate and a Topeka resident. Prior to his role as the City’s Finance Director, he was the publisher of The Topeka Capital-Journal.

He is currently working on an academic research project that calls for a greater emphasis on equity in municipal budgeting.

Wade currently serves on the board of directors for the Topeka Community Foundation, and he previously held board seats on Go Topeka and the Greater Topeka Chamber of Commerce.

“It’s an honor to have the opportunity to serve in this role in the place I truly call home. I’m excited to represent our more than 1,000 City employees as we work to collectively make Topeka a better place to live, work and play,” Wade said. “I’ve pledged to the Governing Body that we will work with all neighborhoods and community members to ensure an atmosphere of fairness and equity.” 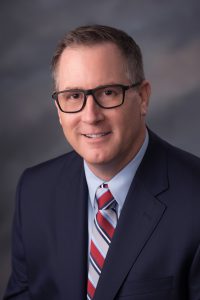