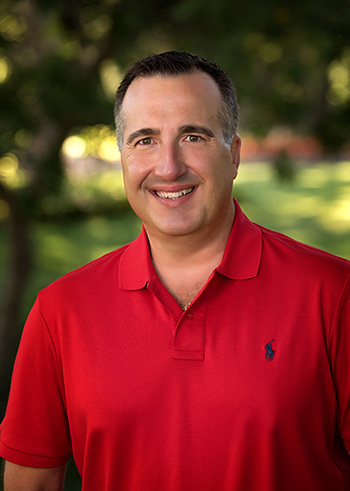 Michael Lesser, the son of Darryl “Dode” and Elsie Lesser, was born in Wheeling, West Virginia in 1969 while his father played professional football. Shortly after his birth, Lesser and his family returned to Topeka where his father took over ownership of the family business Lesser Electric.

Lesser grew up in North Topeka graduating from Seaman High School in 1988. Lesser attended Iowa Western Community College on a baseball scholarship, ultimately returning to Topeka and graduating from Washburn University with a bachelors degree in Criminal Justice in 1993. While attending Washburn, Lesser was President of the Student Alumni Association, a student Senator, member of the Sagamore Honor Society, athletic directors honor roll, and a member of the Washburn Ichabod Football team.

Upon graduation from Washburn, Lesser moved to Washington, DC, where he interned for Senator Bob Dole. Lesser attributes his love for public service to the great example set by Senator Dole.

Lesser served two terms as a member of the Seaman USD 345 School Board. Lesser holds or has held leadership positions with:

Most recently, Lesser was a member of the Governor’s K-12 Task Force for Insurance and Procurement being appointed by Speaker Ron Ryckman.

Lesser is owner of Peoples Insurance Group, LLC in Topeka since 2001. Peoples is an independent insurance agency specializing in commercial insurance and employing 12 staff members. In 2008, Lesser was named one of TK Magazine’s 20 Rising Business Leaders.

Michael is married to Erin Henkel Lesser and has four children. Lauren (deceased); Ashley, a sophomore at the University of Oklahoma; Dylan, a junior in high school; and Parker, a freshman in high school.